Mr. Keehn is a founding shareholder of the firm with extensive experience in business and commercial litigation in the Federal Bankruptcy Courts, the Federal District Court and the California trial courts as well as the United States Court of Appeals for the Ninth Circuit, California Courts of Appeal and the Bankruptcy Appellate Panel. He started Keehn Law Group after 27 years of service as a founding shareholder of Robbins & Keehn and Keehn & Associates. He has been admitted to practice in all state and federal courts in California since 1974.

Mr. Keehn graduated with a Bachelor of Science in Business Administration from San Diego State University in 1970 and received his Juris Doctor from the University of San Diego School of Law in 1974. Mr. Keehn has served as a lecturer for a variety of continuing legal educational programs offered by commercial providers and the “Continuing Education of the Bar” organization. These programs include: Fundamentals of Organizing and Representing California Businesses; Representing California Corporations and Their Directors, Officers and Shareholders; Chapter 11 Bankruptcy; Chapter 7 Bankruptcy; and Bankruptcy Litigation and Practice. 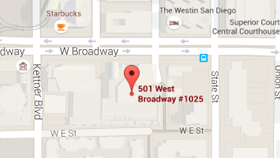